A mixture of the word “producer” and “consumer.”

A prosumer is a person who consumes and produces a product. The term was originally intended describe the active role that consumers play when goods were mass customized in the production process.

The definition for Prosumers has evolved to reflect their driving force today’s new economies. The influence of the Prosumer the marketplace cannot be understated. Prosumers are making a continual impact on companies, brands and business models.

Prosumers have unprecedented access to curate and share information. The beneficial result is that organizations are able to customize at scale without impacting costs.

The Prosumer’s Role in the Marketplace

Until recently company growth has been driven primarily by mass consumption. Now the wide spread adoption of new products and services can spread quickly due to low barriers to access and democratized systems of distribution. At each engagement level, growth accelerates at a more rapid pace and has the ability to exponentially transform businesses across the globe. 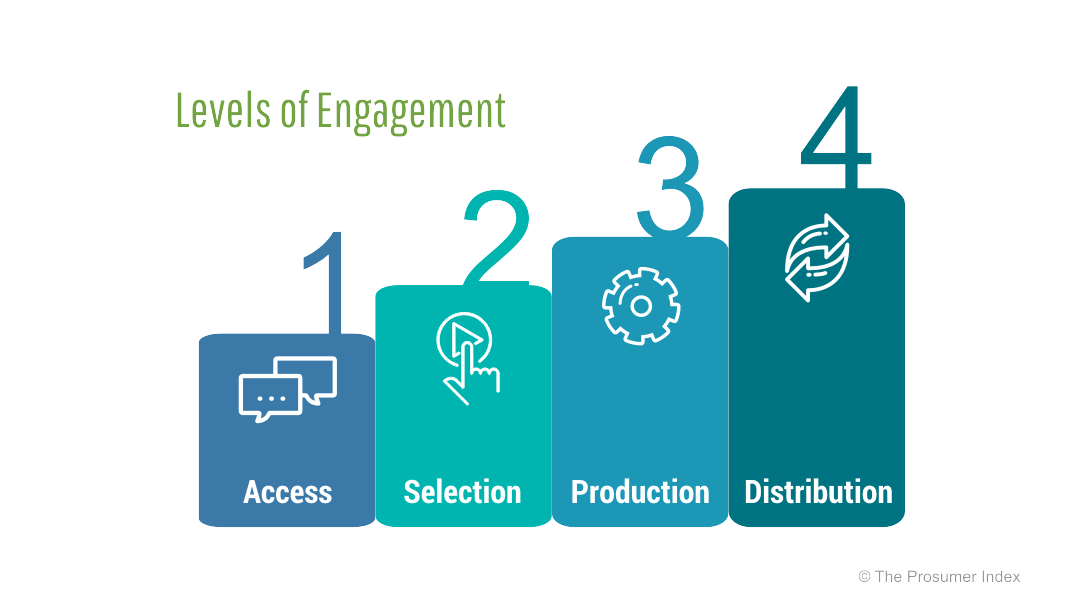 There are many voices that are significantly impacting the success or failure of companies, products, and brands. The one thing that all prosumers have in common is that they like to share. By developing interconnected communities, they can influence people across the globe and drive demand. 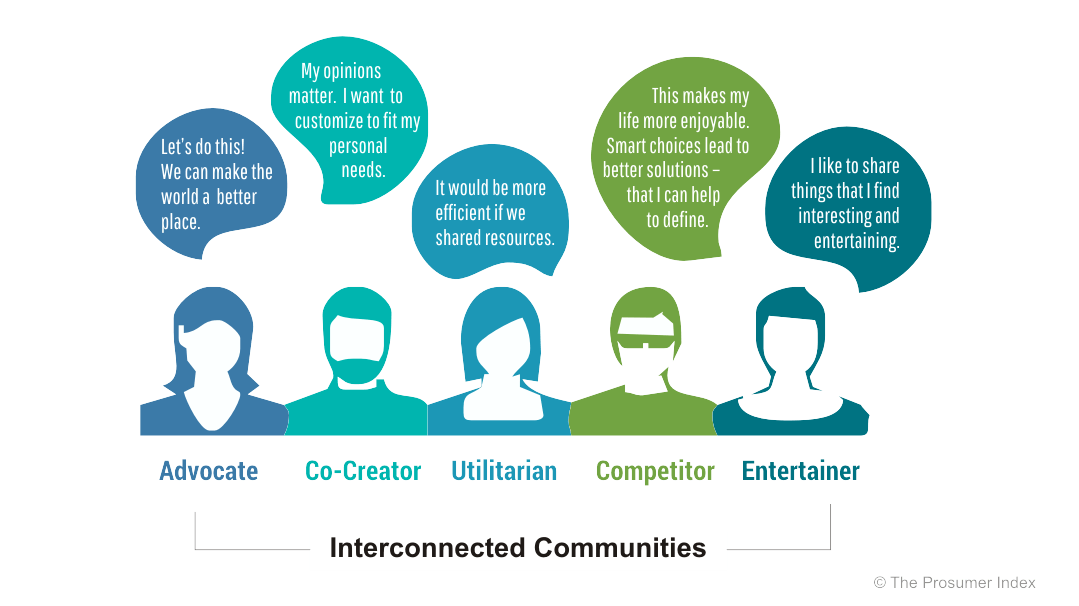 Prosumers are Driving the New Economy

Prosumers have direct influence on the future of brands, products and cultural shifts that have significant influence on new economies. This emerging Prosumer paradigm does not encompass just a single technology or concept, but rather many technologies. These technologies provide innovative and integrated solutions that have allowed Prosumers to become empowered, offer new perspectives and have shared experiences. 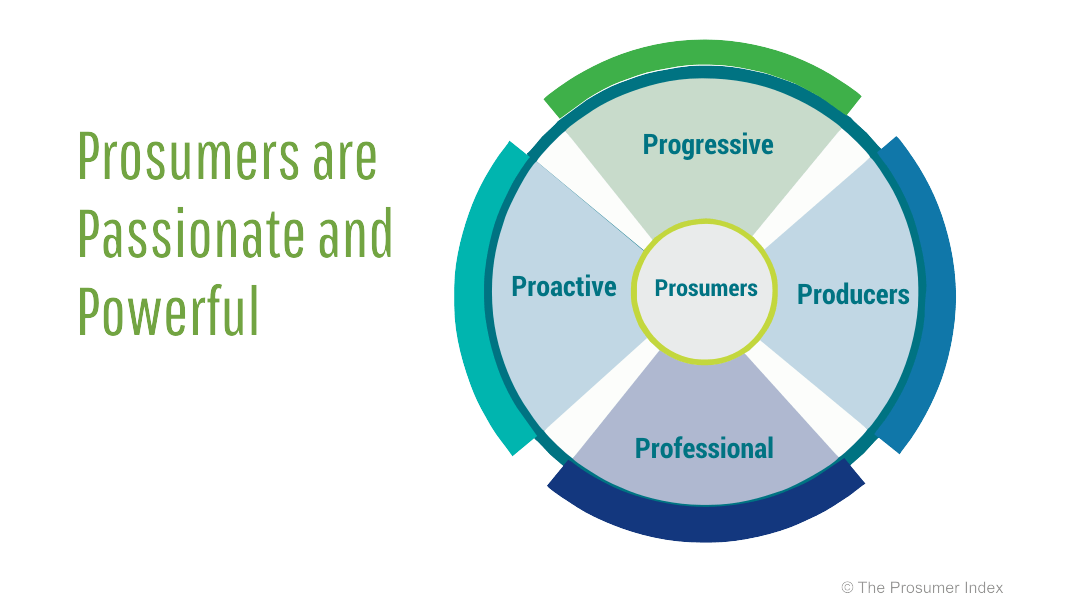 Prosumer generated markets create new economies that grow at an accelerated pace. These new ecosystems are generally technology-based and have economies of scale that democratize the markets the influence and have low barriers entry to new participants.

Our Index
Our Insights
Page load link
Go to Top